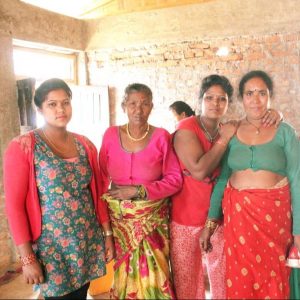 Two years ago, a 7.8-magnitude earthquake destroyed Sita Kumal’s house in Nepal’s Gorkha district — 65 miles from the capital Kathmandu and the area hardest hit by the disaster. Kumal, 27, was already struggling to pay her two sons’ tuition fees, and a $7,000 loan for her disabled husband’s medical care, so there was no money to rebuild. She had heard from other villagers that she could make good money working in the United Arab Emirates or Malaysia, where her brother worked. So last April, she accepted the offer of a local agent to find her a job as a housemaid in Dubai, where she’d earn around $290 a month.
​
But Kumal’s journey took her instead to Saudi Arabia — by way of India, Sri Lanka and Kuwait. She says she endured months of physical abuse at the hands of her employers, who often denied her food and withheld her salary. “They would not allow me to return,” she tells TIME. “They had bought me from an agent.”
​
​Read more